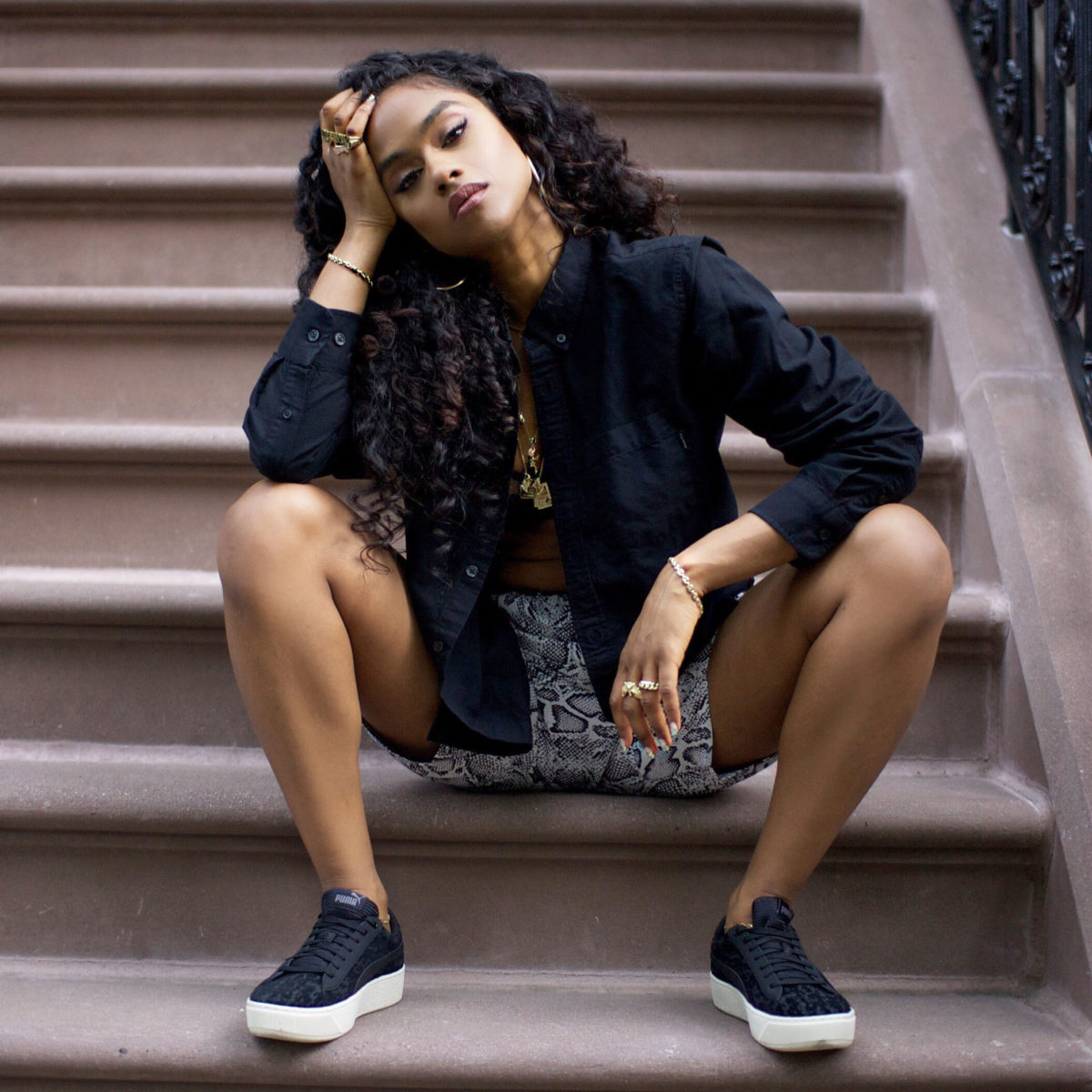 Vashtie Kola is truly a renaissance woman – New York based Model, Director, Filmmaker, Artist, Designer, Creative Consultant and DJ. She has cultivated the Downtown New York City scene for over a decade as a style icon, but her curatorial outreach and influence span worldwide. She moves easily among Fashion, Film and Music; She has emerged as “A role model for young tastemakers,” as The New York Times titled her in a style section profile. Black Enterprise coined her “Vashtie Kola: Curator of Cool.” Vashtie is a graduate of the School of Visual Arts, where she studied film. She grew up in Albany, NY as a first generation American of Trinidadian heritage. Vashtie has directed music videos for Justin Bieber, Kendrick Lamar, Joey Bada$$, Kid Cudi, Gym Class Heroes, Theophilus London, Solange & Jadakiss.
She started her own fashion brand Violette New York, which can be found in boutiques such as Colette in Paris. Violette New York has collaborated with various companies on custom lines and products, such as PUMA, Beats by Dre, G-Shock & more. On top of all her accomplishments, Vashtie is also the first woman in history to design a Jordan Sneaker.